Chlorine dioxide performs a strong and effective disinfection process regardless of the value in a very wide pH range. Like disinfectants in
chlorine and other halogen groups, bound chlorine does not form chloramine and Trihalomethane (THM).

It is superior to other disinfectants with its free radical state, selective, long, and effective disinfection feature and not creating harmful
substances after the procedure.

It is effective in all known bacteria and viruses. Virus contamination (meeting), where other disinfectants are insufficient, is extremely
effective in dangerous pathogens such as Giardia, Legionella, Cryp-toxoridium. It dissolves the bioflim layers and does not allow them to form again.
After disinfection, its protective effect in water continues for a long time. It regulates the alkalinity and hardness of water and removes heavy metals
(such as Fe-Mn), Phenol and Amine groups from water.

The most effective way of using Chlorine Dioxide is to convey the gas form and the liquid form that has not lost its effect to the process
water in its freshest form in the closed system with on-site production. For this, the use of chlorine dioxide generators is becoming increasingly
widespread. 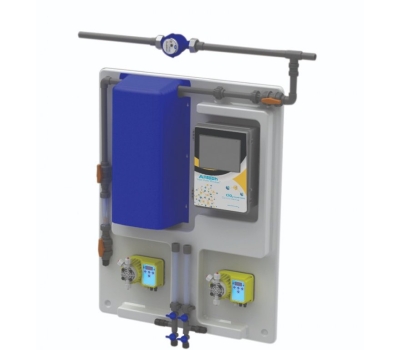